We are facing a climate and nature emergency. Making small changes to our lives can make a big difference to our planet.

The greenhouse effect, climate change, climate chaos, global heating…. the name given to the dire situation our planet finds itself in has changed as time has moved on, but the problems remain.

During this time, science has obviously evolved and knowledge of the situation we all find ourselves in has finally become widespread.

The last few years have finally seen governments and businesses start to wake up to the realities of climate chaos.

Years and decades of inaction, avoidance and denial by some have meant we are now all in a far worse situation that we might have otherwise been. There’s no point in sugar coating that one.

At the same time as all this has been happening, nature around the world has taken a hammering too. Biodiversity is in trouble, international targets aren’t being met, deforestation rates are horrendous, air quality for many is awful (air pollution from burning fossil fuels such as coal and oil was responsible for around 8.7m deaths globally in 2018, or around 1 in 5 of everyone who died that year) and pretty much everywhere we look we can see discarded plastic ‘stuff’.

Figures show that we are now at the point that we can only afford to burn one twelfth of the fossil fuels we have already found and yet fossil fuel companies still search for more reserves around the world.

As strange as it may seem, there are still a few reasons to be hopeful, if and only if, we now do everything possible…and quickly.

Fast forward to the present day where greenhouse gas concentrations are now at their highest level in 2 million years and which saw 2021 become one of the 7 hottest on record with global temperatures around 1.11 degrees Celsius above pre-industrial age levels. Science tells us we need to keep global heating to no more than 1.5 degrees Celsius if we are to have any hope of staving off the very worst effects of climate change.

In order to avoid the worst impacts of climate change, we drastically need to reduce worldwide carbon dioxide emissions.

And its not just CO2 levels that are rising either. Methane, a gas with global warming potential 30 times that of CO2 over a 100-year time period, is also rising. Global mapping can now identify where the highest concentrations of methane are.

The COP26 climate change talks in Glasgow in the autumn of 2021 were of course disappointing in many ways but were however somewhat of a watershed in terms of the level of interest the media and the public paid to them compared with previous COP talks. As much as anything though, they  need to mark the start of a decade of unprecedented global action by every country, every corporation, every community and all of us individually too.

Despite much more focus in recent years on climate change issues, it can still be somewhat confusing with all sorts of statistics floating around. Helpfully, the Intergovernmental Panel on Climate Change (IPCC) have a very handy Q&A section on their website which will hopefully answer any of those tricky climate related questions you might have.

The Met Office and the BBC have teamed up to look at the question ‘What will climate change look like near me?’ . And worldwide, what might 2050 look like if we don’t take the necessary action now?

Whilst it’s not all doom and gloom, the scale and urgency of action needs to be drastically scaled up in the period up to 2030 if we are to have any hope of avoiding catastrophic runaway climate change. Taking decisive action now could avert the worst consequences of reaching key climate ‘tipping points’.

With worldwide developments happening continually, keeping these pages up to date will be virtually impossible but you can keep up to date by checking out Climate Action Tracker. 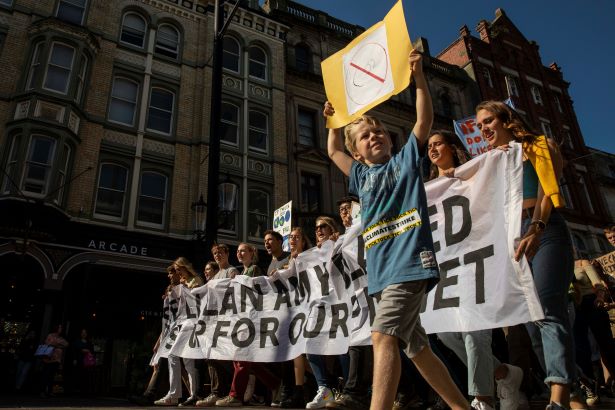 Emissions across different sectors in Wales are generally falling. The latest data, published in 2021, (covering the period to 2019) shows that emissions in Wales were 31% below 1990 levels. In further good news, in 2019, the equivalent of 51% of Welsh electricity consumption was generated from Welsh renewables.

We can’t rest on our laurels though as worryingly, in the period 2018-2019 emissions from the agriculture sector and the industrial and business sectors actually increased.

As well as their Net Zero Wales plan, Welsh Government have a range of other policies and plans covering climate change.

StatsWales have an interesting beak down of emissions by sector and by year.

Taking the necessary action to get to ‘net-zero’ isn’t going to be cheap but it is affordable and not taking action isn’t an option. Interestingly, the UK’s low carbon economy now employs more than 1.2million people and is more than £200bn to the UK economy. This is almost four times the size of the manufacturing sector.

Whilst high level governmental and business action is needed to stop catastrophic runaway climate chaos, there is a role for us as individuals both to push them into the necessary action (and within the necessary timeframe), but also in our everyday lives and in our communities.

We still have time to act – just!

There is some light at the end of the tunnel, maybe, hopefully!

Science would seem to indicate that if we can reduce emissions significantly and quickly, we might be able to stabilise global temperatures more quickly than was previously thought.

And despite the dire state of some of the world's seas and oceans, there also appears to be hope that they can be restored ‘to former glory’ within 30 years if we act now.

This should now give all of us, individuals, governments, businesses and communities the extra impetus to act decisively and quickly.

This speed of action is absolutely critical however. Just look at this article from 2009, where do you think we are now, compared to this article?

We know that big picture change is needed. Governments, corporations and businesses all need to act swiftly but can we, individually, still make enough of a difference? Absolutely!

If it was literally just one person taking an action, then no, the difference wouldn’t be felt but we aren’t in that scenario. Millions of us are already taking actions and making changes, but what else can we do?

Once we’ve changed the lightbulbs, committed to walking and cycling more and maybe changing our diets a bit, what other things should we be doing? Are these changes difficult and will they cost us lots of money? The answers in most cases are, no they aren’t difficult and no they won’t cost more so it makes sense financially to do things a little differently and it isn’t exactly a big hassle either.

Whilst the single best thing we can do is to lobby governments and big businesses to change as we need to drive big changes quickly, there are a massive variety of other things we can all do. Think of them all as a climate bucket list, something to be worked through and each action to be ticked off when done so you can reduce your own carbon footprint.

Whilst Friends of the Earth Cymru and our voluntary local groups network around the country, work on a wide variety of issues, we simply don’t have the capacity to work on all issues, so we are more than happy to highlight the excellent work others are doing and point you towards the resources and ideas they have available on all sorts of different issues. Some of them will of course be more or less relevant depending on your circumstances.

Some of the ideas for actions in these pages may be new to you, most however probably aren’t. A lot of us will probably be taking a lot of these actions already but hopefully we’ve managed to throw in a few different ones too.

Some actions may seem small in comparison to others, but they all add up and if we really want to stop runaway climate change and stop biodiversity destruction, then we will have to address even some of these smaller problems at some point anyway, so why not now? It’s not a ‘one or the other’ choice type of argument, let's try to sort out as many issues as we can, as quickly as we can.

Do let us know how you get on!

What actions you can take?