Chamodi Peiris looks at different zero-waste initiatives around the world, arguing that Wales's 2050 zero-waste target needs to be brought forward to 2030 and cautioning against Wales allowing any new incinerators to be built. 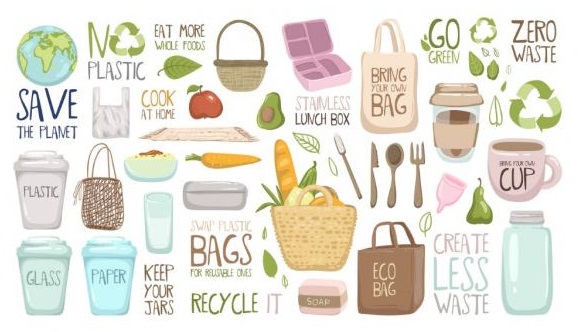 The Welsh Government is about to publish its zero-waste strategy, Beyond Recycling, a strategy to make the circular economy in Wales a reality.

While few would disagree that Wales must become a zero-waste nation with a thriving circular economy, Friends of the Earth Cymru make a convincing case for the 2050 zero waste target to be brought forward to 2030 (read the blog).

In this blog, I'll demonstrate why having an ambitious target is so important, but first let's look at the terms, 'zero waste' and 'circular economy'. What do they mean?

What is zero waste?

Zero-waste is exactly that. It is when nothing goes to landfill or incineration. This means, from your daily takeaway coffee cup to the growing number of electric items you use at home or work, nothing you use will be thrown away. Instead, anything you don't want or need any more will be recycled into something else or reused instead of being sent to landfills and waste incineration plants. This may sound unrealistic but many countries around the world have started to adopt a zero-waste strategy to move towards a circular economy.

What is a circular economy? 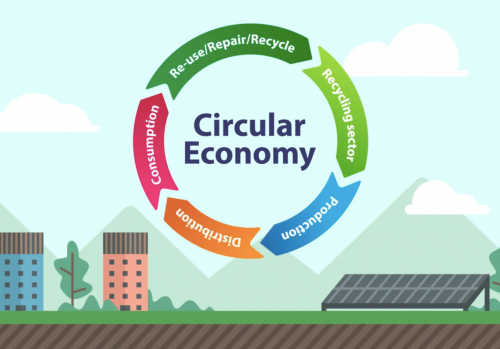 In a circular economy, products get made, distributed, consumed, reused, repaired, and recycled, and the cycle repeats ad infinitum.

Why do we need a circular economy?

Did you know that a circular economy will lead to huge reductions in harmful greenhouse gases?

45% of our national greenhouse gas emissions come from how we make and use products, and how we produce food.

For example, think about fast fashion, responsible for 10% of annual global carbon emissions. The fashion industry’s greenhouse gas emissions will surge more than 50% by 2030. We can all do our bit by reducing the number of new clothes we purchase and choosing to wear what we already have or buy second-hand clothes.

Bringing forward the zero-waste target to 2030 means that we get to work together to reduce the impact of climate change without waiting until the ship sails.

A zero-waste strategy will stop litter and waste pollution, but this is not only about fast fashion or coffee cups and single-use plastics.

Electronic items also have a negative impact on the environment and are difficult to recycle. We must ensure less e-waste is sent to landfills to avoid hazardous and toxic substances being released into the atmosphere and ground water. As consumers, keeping our phones, tablets, laptops etc in use until they are no longer usable without getting carried away by every new mobile/laptop model the technology companies release every now and then is a good start.

A zero-waste strategy not only reduces emissions and waste pollution, but also conserves resources, prevents food waste, and helps improve the quality of manufacturing because consumers will be focused more on durability of a product. Moreover, manufacturers will be required to use more recycled materials in their manufacturing processes.

Communities will benefit too, because, if a zero-waste strategy is to work at a local level, local people need to help drive it. After all, they know their neighbourhood better than anyone else!  Collaborating with others can be fun and it helps local communities find better solutions for waste issues in their area and may lead to sustainable local jobs.

By bringing forward the zero-waste target to 2030, Wales can take a step forward to be a climate hero and help lead the way internationally. However, we should make sure that zero-waste means no incineration is involved, because after all we are trying to reduce our carbon footprint, not increase it.

Waste incineration generates high levels of greenhouse gas emissions, so we should look for more eco-friendly aspects of solving the waste management issues and not sign up to long term incineration contracts of typically 20 or 30 years.

Sweden made it to the top of the list by recycling 99% of their local waste. However, they did not stop there. Now they have started to import waste from abroad to recycle. They send less than 1% of household waste to landfills. However, this is not the success story it seems. Like many other countries in Europe that have set zero-waste targets, Sweden incinerates a lot of its waste.

Among other European countries trying to gain zero-waste status, Netherlands stands out due to their low levels of waste incineration - only 19% of household waste is incinerated. Netherlands puts more effort into recycling waste. 78% of waste is recycled and only 3% is sent to landfills.

Netherlands is not the only country that has a low incineration rate. Canada incinerates only 5% of the waste. Nevertheless, their recycling rate is quite low compared to Netherlands as 72% of waste is sent to landfills.

The United States, on the other hand, incinerates 12% of their waste and only 32.1% of waste is recycled, according to 2018 statistics. This means that Canada and the USA need to up their recycling game compared to a lot of European countries.

Australia has a different story when it comes to waste management and recycling. It generates more waste than other developed countries but exported it to developing countries such as Vietnam, Indonesia and China. However, they were caught off guard when those countries returned the waste containers, mostly recyclable waste, back to Australia.

New Zealand has a zero-waste story just like Sweden. In 2001, 74 local authorities set targets of ‘zero-waste to landfills’ between 2015 and 2020 and they met these targets between this period. Unfortunately, New Zealand’s zero-waste game is not so clean, because they have sent their plastic waste to many south-east Asian countries. However, since these countries started to return the waste containers, incineration has been introduced as a solution for this.

Many Asian countries have started to set zero-waste targets. For example, Kamikatsu city in Japan is the first city in Japan to have a zero-waste strategy, followed with countries like China, India, and Philippines. Not only did Philippines reject the waste containers from developed countries but also declared waste incineration illegal in the country. Unfortunately, the current government is considering legalizing waste incineration. The UK is also accused of exporting waste to Asian countries such as Sri Lanka and Malaysia.

Compared to other developed countries, Wales stands out from the crowd because of its revolutionary waste management concepts practiced by the government since 1998. Since then, the recycling rate has increased from 5.2% to 60.7% between 2018 and 2019, which is well ahead of the rest of the UK.

This is all very positive but we are urging the government to bring forward the 2050 zero-waste target to 2030 to combat climate change and reduce the massive amount of waste dumped in landfills. Burning waste, however, is not the answer, as incinerators result in increased emissions and air pollution, which impact public health.

If we can achieve this target, we could be the first nation to achieve zero-waste status playing clean, because other countries that have achieved this status incinerated their waste and/or exported it to developing countries.

The clock is ticking... 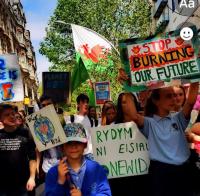 We are urging the Welsh Government to bring forward zero-waste target from 2050 to 2030 because the clock is ticking and we have not done enough to mitigate climate change.

The climate emergency is a serious problem that developed and developing countries have to face. Hence it is important for us to solve our waste problem in ethical and eco-friendly ways that will contribute to climate change mitigation.

We welcome the Welsh Government's zero-waste strategy and the necessary steps it's taking to phase out many single-use plastics by banning plastic straws, cutlery and polystyrene food and drink containers as part of wider measure to be one of the top recycling nations in the world. And Wales can achieve all these targets if we push Welsh Government to bring forward the zero waste target to 2030.

We have the capability and technology to achieve zero-waste status by 2030, so why wait until 2050?

As Parkinson's Law states, work expands to fill the time which is available for its completion!