We are not out of the woods yet!

Trees provide us with oxygen, store carbon, stabilise soils, give life to local wildlife, and are vital for our mental and physical health. Ffion Edwards explains why our woodlands are under threat and what is happening here in Wales to help solve the problem.

During the long months of COVID many of us have got back in touch with nature and have enjoyed long walks, taking in the breath-taking views that our leafy friends have to offer. However, the rate of tree planting is at its lowest in decades. Not only this, 1 in 10 wildlife and plant species are facing extinction. With millions of native trees being threatened by diseases and pests the picture has never been bleaker!

Why we need trees

They play a huge role in slowing the pace of climate change, preserving wildlife and supporting billions of people.

Trees reduce the amount of CO2 by absorbing carbon from the atmosphere.

In fact, trees are so vital to the battle against climate change that the Committee for Climate Change (CCC) has set a target of 17-19% tree cover across the country if the UK is to have any chance of meeting net-zero carbon emission targets by 2050.

Our forests also provide us with timber and wood. Wood products have a lower carbon footprint than concrete or steel. 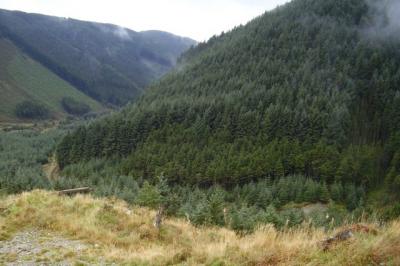 So, what’s the situation in Wales?

The Welsh Government declared a climate emergency in April 2019 and has committed to achieving a carbon neutral public sector by 2030.

In late 2019 it published Prosperity for All: A Climate Conscious Wales. This climate change adaptation plan sets out Welsh Government's commitments to respond to both future and present impacts of climate change.

To date the UK is one of the least wooded areas in Europe, with an average of 13% tree cover compared to the continental average of 37%.

Wales has 15% tree coverage, which is better than England but still much more investment into tree plantation is needed. 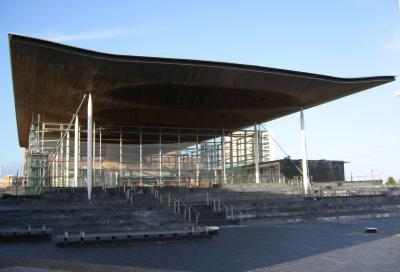 What is the Welsh Government doing about it?

This National Forest for Wales would join up existing woodland with newly planted areas extending the length and breadth of Wales.

It is hoped that the National Forest will play a crucial role in protecting nature and addressing loss in biodiversity.

Plans for the National Forest are supported by £5 million of new funding allocated in this year’s budget alongside a further £10 million from the Glastir woodland creation and restoration funding. 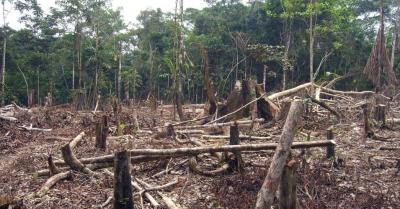 Why are our forests disappearing?

Forests cover about 30 percent of Earth’s land surface but this percentage is reducing over time.

Between 2016 and 2020, 178 million hectares of forest disppeared, that’s roughly the same size of Libya!

The main reason is agricultural expansion.

Between the years 2000-2010, 40% of tropical deforestation was linked to large-scale commercial agriculture, especially cattle ranching, the cultivation of soya bean and palm oil. 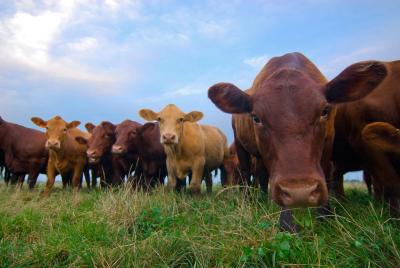 Beef production is the primary driver of deforestation in the world’s tropical forest due to clearing land for pastures.

Similarly, the second biggest driver, soy, can be linked to meat production with 70-75% of all soy becoming feed for livestock such as chickens, pigs and cows.

Global soybean production has seen a 15 fold increase since the 1950s. The average meat consumption per head in Britain has increased over the years, as seen in the below figure. 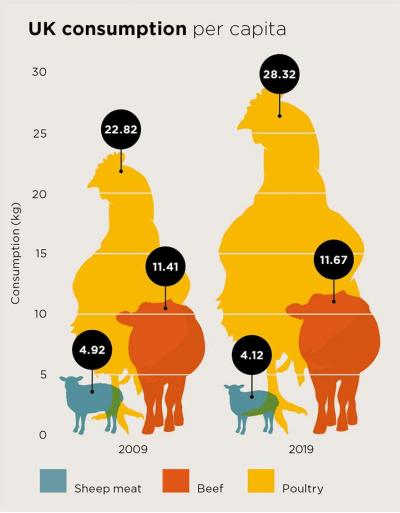 According to WWF, beef and soy production are to blame for more than two-thirds of the recorded habitat loss in Brazil’s Amazon and Cerrado regions and Argentina and Paraguay’s Gran Chaco region, highlighting the impacts our diets have on our global forests. 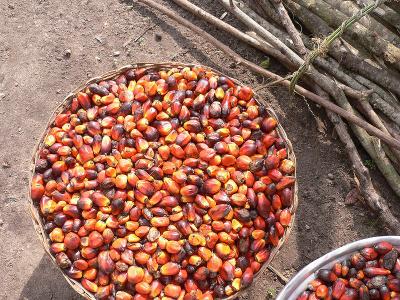 Another food choice that is driving deforestation is palm oil and its derivatives.

According to Size of Wales it is a leading cause of deforestation in both Indonesia and Malaysia where they make up over 85% of the global supply.

Palm oil has been held responsible for the destruction of the habitat of endangered species such as the Orangutan, Sumatran Rhino and the Pygmy Elephant.

So what exactly is palm oil and what products can you find it in? Palm oil is an edible vegetable oil derived from the fruit of oil palm trees and is found in nearly everything. In fact, you can find it in nearly 50% of the packaged products we see in our supermarkets. It can be found in food products such as pizza, doughnuts and chocolate but can also be found in cosmetic items like shampoo, toothpaste and lipstick.

Now more than ever our dietary choices can have a huge impact on the environment. 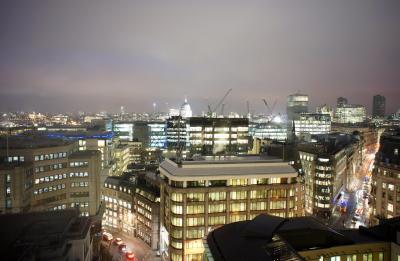 What else is causing deforestation?

The pulp and paper industry has a colossal impact on our global forests. Included in this sector are products such as office paper, tissues and paper-based packaging. Approximately 40% of globally traded industrial wood is used in this sector.

Whilst deforestation is undeniably a global problem, the Welsh Government can and should contribute to efforts to end deforestation. Contained in law under the Well-being of Future Generations (Wales) Act 2015 seven well-being goals were put in place to improve the social, economic, environmental and cultural well-being of Wales. One of the seven goals is to create a globally responsible Wales which takes into account whether the actions of our nation make a positive contribution to global well-being. So how have we held up to our commitment regarding forestation and deforestation?

A great positive contribution to global well-being is the work carried out by Size of Wales, a Welsh climate change charity which provides funding and expertise to local and indigenous communities in tropical regions. Their aim is to support those communities to secure and sustain their forests, to plant more trees and to establish sustainable livelihoods. In March 2013, Size of Wales reached its goal of sustaining an area of tropical forest the size of Wales, approximately 2 million hectares, as part of a national response to climate change. Since then, it has continued its commitment and have set new targets to protect an area of rainforest double the size of our nation!

Another global contribution from Wales is that of the “10 Million Trees” Mbale tree-planting project that Size of Wales works on with the support of the Welsh Government’s Wales for Africa Programme. Uganda’s forests are under severe threat with an annual loss rate of 1.8%. This ambitious tree planting programme plants trees in the heavily deforested Mount Elgon region in eastern Uganda. The scheme brings an array of benefits ranging from tackling climate change through carbon capture to providing local communities with fresh fruit and shelter. It also protects locals in the Mount Elgon region from the effects of soil erosion which can cause deadly landslides.

A glimmer of hope

Although the picture may seem bleak, efforts by charities such as Size of Wales holds a glimmer of hope that we can put an end to deforestation. In the following blogs we will discuss the wood we import in Wales and opportunities to replace imports with home grown equivalents. We will also highlight the ways that everyone can do their bit to end deforestation.