'We need to speed things up'

In 2015 the UK signed the Paris agreement, and, in doing so, committed to make every effort to limit global warming to 1.5C by 2100. The International Committee on Climate Change (IPCC) say that for this to happen global greenhouse gas emissions must reach net zero by 2050.

The UK has agreed to the 2050 net zero target, recommended by the UK Committee on Climate Change (UKCCC), but it is not soon enough.

According to the IPCC, climate change is getting worse. One ex-chief scientist has even said it is happening faster than expected.  We have seen the devastating impact of extreme weather on communities here in south Wales. A recent poll indicates that people want the UK to take a leading role in tackling climate change.

We are in a climate emergency, so we need to speed things up, and act urgently to get to net zero as soon as we can.

In December 2020, the Welsh Government welcomed the CCC’s recommendation to set a 2050 zero target for Wales. 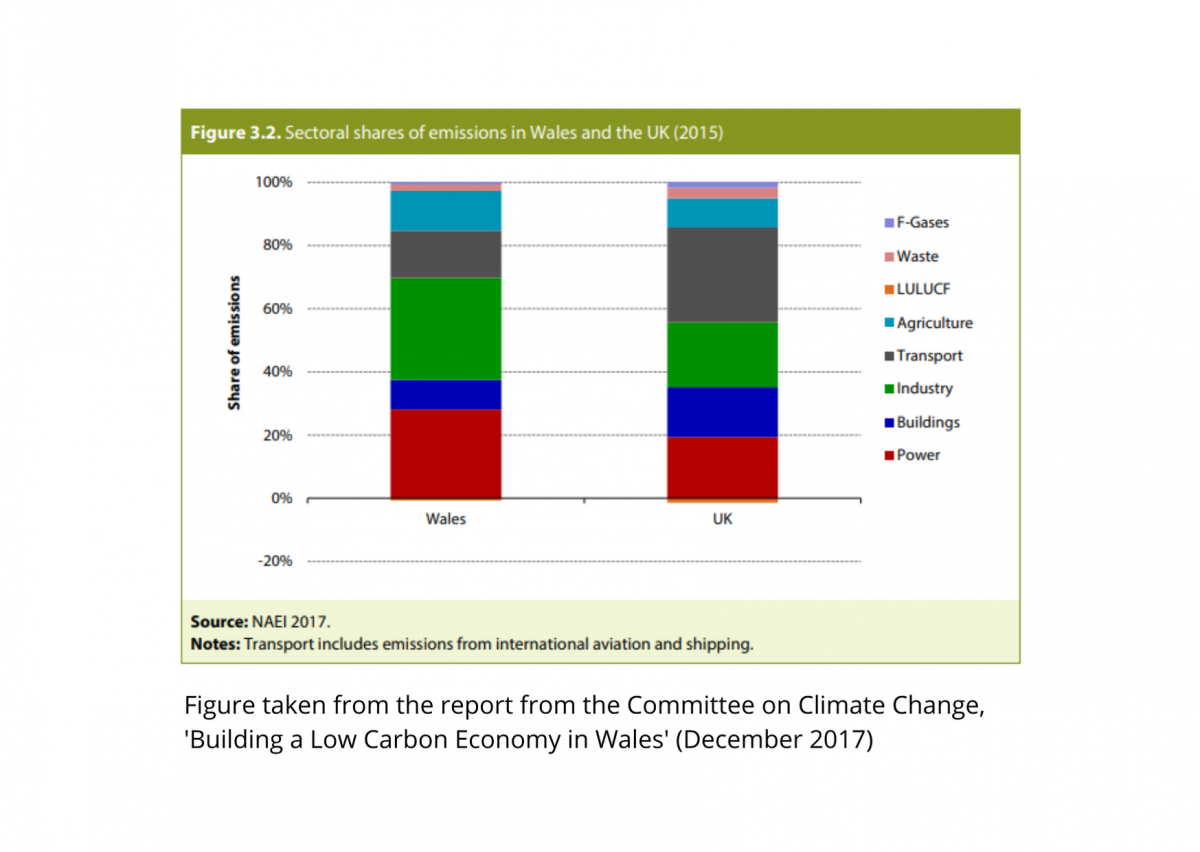 There is a clearer path to net zero for other sectors like energy suppliers and industry (for supermarkets, for example, even simple steps like putting doors on fridges would help). Now businesses must set out how they are going to take the next steps to get to net zero.

Did you know that just one power supply company was responsible for 16% of Wales’s emissions in 2017? This company, at least, aims to be net zero globally by 2040.

In Wales, a large proportion of our emissions come from a few 'point sources'. A few big polluters are responsible for a disproportionately large share of harmful greenhouse gas emissions, leading to climate breakdown, the nature crisis, and threatening the future of the next generation. Air pollution is also damaging our health, increasing our risk of lung diseases.

The actions of a small number of companies are affecting the lives of all of us, so we have the right to know what they are doing to reduce their emissions.

These companies, if they are not already doing so, need to be working with the government and the local communities affected to take the necessary steps and this information should be published publicly. 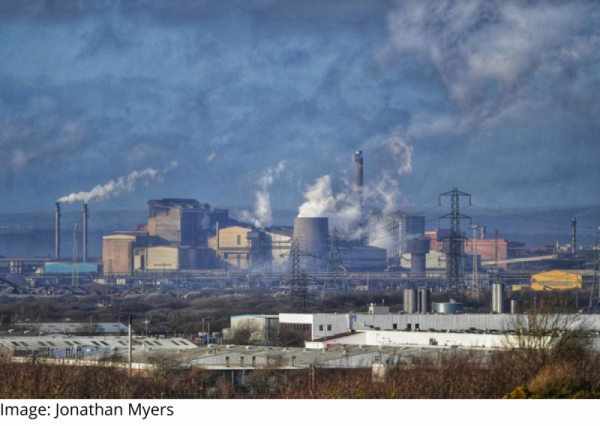 Industrial emissions in Wales are dominated by iron and steel production and petroleum refining.

Tata Steel, who owns most of the steel plants in Wales, were responsible for 57.69% of industrial CO2 emissions in Wales in 2018. If this company got to net zero quickly, imagine the impact one business could have on Wales’ emissions?

The economic and social impact of the steel industry in Wales is important. In fact, Tata Steel employ over 8,000 people across the UK. So, shutting these plants in Wales and simply taking them elsewhere is not something that should be considered. But that doesn’t mean they don’t need to adapt to the climate crisis. Research suggests that the decarbonisation process will actually create more jobs.

The Welsh Government have set up the South Wales Industrial Cluster, a research group responsible for creating a sustainable industry in South Wales. 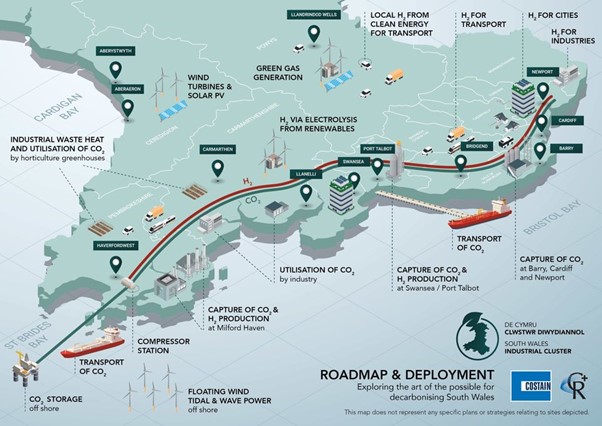 Tata Steel, as a leading member of the South Wales Industrial Cluster, has helped to shape the plans that will see a world leading industrial cluster created in south Wales.

Grants from UK research and education have helped to fund this research and the plans are extensive. It's great to see this kind of innovation and we look forward to seeing these plans implemented. We would like to see the group commit to bring forward the 2050 net zero target.

While there is significant investment in new technologies like carbon capture, it's worth mentioning that they are expensive and not yet proven. Further investment and progress is needed before they can be seriously considered as a solution.

The main initiative that encourages businesses to reduce their emissions is the European Union Emissions Trading Scheme.

Britain left EU in January 2021, so is no longer part of the EU emissions trading scheme.

The scheme works by giving businesses a target or free allocation for the amount of CO2 they should release in a year. If they go over the target, they are forced to pay fines or to buy emissions from other companies that have under emitted. Gradually the targets or free allocations are decreased and overall emissions fall.

The scheme was a major reason why coal use declined in Europe, leading to a reduction in carbon emissions in many European countries including the UK.

As of January 2021, the UK is replacing the EU Emissions Trading Scheme with its own similar scheme but the details still need to be finalised.

The UK emissions trading scheme will give us the opportunity to make changes that will encourage quicker progress. For example, there has not been a decrease in emissions from aviation since the start of the scheme.

For progress to be made, free allocations need to be adjusted and it needs to be expanded to cover more flights going into and out of the UK.

Currently, the EU trading scheme only covers flights between airports in the European economic area, and the UK propose to continue to do that.

The details of the new UK ETS need to be made public.

For example, information such as how much carbon dioxide each point source has released and whether point sources have reached their emissions targets should be available.

One thing we would like to see is the Welsh Government commit to publishing the existing data for point sources in Wales each year. It is already available at the UK level but it would be useful if it were broken down into a specific Welsh list each year so we can all see their progress and highlight where more action is needed.

These data, which are already published at a UK level, incorporates dozens and dozens of point sources in Wales, ranging from power plants to cement manufacturers and supermarkets, but it doesn’t include ETS data and has some differences from the data quoted in the ETS.

The EU Emissions Trading Scheme is complicated and the exact impact it has had on emissions is widely disputed. Let's hope the UK trading scheme will lead to the reductions necessary to reduce emissions.

This is an opportunity to increase the scope of the UK emissions trading scheme to include other sectors, for example waste incinerators that produce a vast amount of emissions.

A carbon tax scheme would have a more drastic impact on emissions in the UK but would cost business more. Whatever the scheme, we must make sure the climate is prioritised over profits.

The polluters need to pay if we are to combat the climate crisis.