Many of us drink oat, soya or other plant milks these days. Most of the time, they are sold in Tetra Paks - have you ever wondered just how green and sustainable they are? 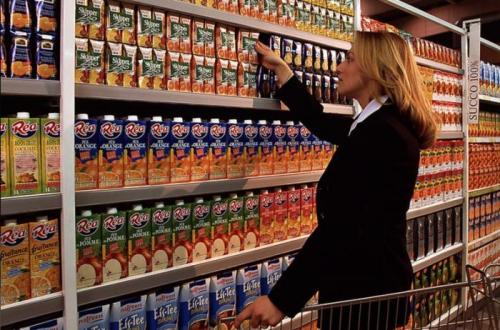 The Welsh Government wants Wales to become a circular economy, where waste is avoided and materials are in use for the maximum time possible, becoming zero waste by 2050. As more of us have started drinking alternative milk, Tetra Pak cartons are becoming increasingly common in our supermarkets.

As there are no refill schemes available, recycling Tetra Pak products needs to become easier. 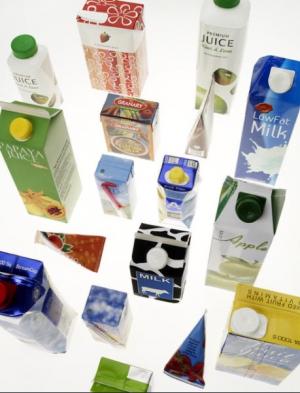 How sustainable are Tetra Paks?

Tetra Pak started as a small organisation in Lund, Sweden in 1951 and are now a major global company focusing on packaging solutions and processing for food.

Tetra Pak certainly have a lot to say on sustainability. They have been publishing environmental reports for over 20 years and they use the UN Sustainable Development Goals (SDGs) to guide their sustainability work. Climate change and sustainability feature heavily on their website: it is obviously an area that they are keen to emphasise.

In 2015 they launched "the world's first carton package made entirely from plant-based materials”, the paperboard which makes up 71% of their carton packaging is FSC certified and 69% of the energy used in their operations in 2019 was from renewable sources. They are listed on CDP’s A List 2019 for their efforts to tackle climate change and deforestation, along with cities and other companies that are significantly addressing sustainability challenges. They recently released their Sustainability Report 2020 which is full of information about their sustainability successes though they do recognise that there is still much work to do.

We agree with them. The organisation recycled 50 billion of their cartons in 2019, however, there were 190 billion Tetra Pak packages sold the same year. Although not all of those were cartons, that is still a big gap.

How easy are Tetra Paks to recycle?

The short answer is that it depends where you live.

Tetra Pak state that their “cartons are collected in most areas of the UK”. By selecting your region on their recycling website, you can check where to recycle Tetra Pak cartons in your area. In almost two-thirds of areas of Wales, Tetra Pak cartons can be collected from people’s homes. However, people in other areas of Wales will have to travel to their local recycling centre which may not be convenient or possible for some people.

What happens to my Tetra Pak cartons once I have recycled them?

Tetra Pak have shared information about the recycling process for cartons and while it is positive that the different elements are recycled, the polyethylene (plastic) and aluminium may then be used in plastic products. Although these elements of the packaging are being reused rather than simply thrown away, it would be better to have no plastic elements at all. Tetra Pak recognise that this is a challenge and they are aiming "for all our packages to use renewable and/or recycled polymers, or alternative fibre or cellulose-based materials, with no further extraction of fossil feedstock necessary”. They are also looking at replacing the aluminium element, which despite only making up a very small portion of the packaging, has a large climate impact.

What needs to change?

Standardising Tetra Pak collections across Wales would ensure that no area is reliant on people having to take these cartons to a local collection facility. This could help to increase recycling rates of Tetra Pak collections in areas where home collection is not yet available. Although having the option to refill bottles would be best, work to increase recycling rates for Tetra Pak cartons has been very successful in the past and a further push would make it easier for people to be sustainable.

In September, the Welsh Government launched its ‘Be Mighty, Recycle’ campaign. Wales already has high recycling rates and is third in the world for household waste recycling, but this campaign is aiming to push Wales to number one. Increasing Tetra Pak recycling could help to reach this goal.