Bianca, one of our volunteers, is from St Lucia, an Island in the Caribbean. In this blog, she compares Wales to her home country. Although they are on completely different sides of the world, these two small nations are similar in some ways and face some of the same challenges.

The Pitons in St Lucia, a UNESCO World Heritage site.

I live in St Lucia, which is one of several hundred volcanic islands and islets in the Caribbean.

Earlier this year, I spent some time in Wales, volunteering for Friends of the Earth Cymru. When I was there, I couldn't help noticing that Wales faces some of the same issues as my home country, despite being on the other side of the world.

Of course, there are lots of differences, starting with the climate!

In Wales, temperatures fluctuate wildly with the seasons and from day to day.  St Lucia is warm, sunny, and humid year-round with an average annual temperature of 26°C.

There are around 182,790 people living in St Lucia, living in an area roughly the size of city and county of Swansea, but the topography is somewhat different!

The Caribbean has its fair share of mountains and waterfalls, but there are also coral reefs, mountains, tropical forests, and volcanoes.

Did you know that in St Lucia, there are 17 different kinds of vegetation including tropical rainforests, coastal dry forests and mangroves? 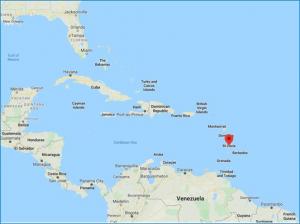 When I was living in Wales, I was shocked to discover that so much of the UK's native flora and fauna is endangered. According to recent research, out of the 6,500 species found in Wales over half were threatened with extinction, mainly because of farming and climate change.

Due to its remote location and challenging environmental conditions, wildlife in St Lucia is not as diverse but it faces similar challenges. 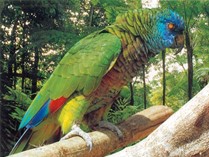 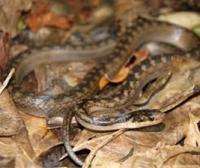 Like the UK, our wildlife is under threat from economic development which has put increasing pressure on valuable ecosystems.

When I was in the UK, I lived in the South Wales valleys for a while, so I've seen how flooding and extreme weather is devastating communities there and in other places across Wales.

There will be more droughts, too, because total annual rainfall is predicted to decrease by up to 32% by the end of the century. Hurricanes and storms, although not expected to be more frequent, have been forecasted to be more destructive.

The St. Lucian Government is committed to addressing climate change. It's taking a proactive role in policy development and strategic planning at the national, regional and global levels, making St. Lucia a climate change pioneer among other vulnerable Caribbean islands. Some adaptation plans, however, have highlighted the lack of finances for effective enforcement, the inability of coastal ecosystems to adapt to sea level rise and the lack of affordable technology needed to provide coastal protection from extreme events. 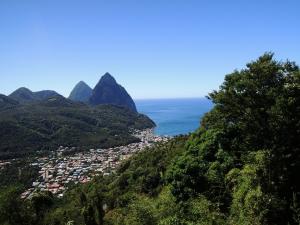 St. Lucia’s tourism sector, which is set to expand within the next few years, is already having a negative impact on the environment.

Most of our hotel developments are located along the coastline. Tourism is leading to more pollution and is also affecting our flora and fauna. Diving, snorkelling, and boating activities are damaging our coral reefs and demand for seafood often exceeds catch limits.

Coastal deforestation is leading to erosion, slope instability, sedimentation and marine and terrestrial habitat modification and deforestation. Some tourism facilities are also being developed in habitats such as wetlands, damaging delicate eco-systems. Even the plants used to make handicrafts and souvenirs are under threat.

Our government has responded with a wide range of policy initiatives but are they enough to promote long term sustainability? Unfortunately, appropriate and sustainable land and water management and biodiversity conservation methods have often remained outside of traditional government programmes and budgets, so effective land use planning is still an area of concern.

The lockdowns over the past year have led to an increase in litter pollution and fly-tipping in Wales. Land and water pollution is also a big problem for St. Lucia. Livestock farms, particularly pig husbandry, are often not well monitored, and are contaminating river systems. In the capital city of Castries, there is one sewage system which services the entire city, and only crude primary treatment is conducted before disposal through an outfall in the harbour, depleting coastal water quality.

In Wales recycling has becoming the norm. According to recent data from WRAP, 92% of people living in Wales now regularly recycle at home, with 55% recycling more than they did 12 months ago. Wales' success at recycling is down to local authorities collecting waste and arranging for it to be recycled.

There is no official recycling system in St. Lucia, and this has led to 21 private recycling enterprises vying for business. The island’s heavy dependence on the private sector has resulted in high labour, transportation, and freight costs as well as low values of most recyclable wastes (items recycled include plastic, paper, cardboard, glass, metal, oil, and batteries).

St. Lucia's Solid Waste Management Authority has implemented solid waste programs, but currently these programs collect waste and dispose of it in landfills, rather than recycling it.

Air pollution is also a growing problem in St. Lucia, as the number of cars and other vehicles increases. The energy and transport sectors are the two largest sources of greenhouse gases. Although the Government has introduced solar dryers and biogas digesters to encourage the use of renewables as an alternative for cooking fuels, emission standards and guidelines for exhaust emissions as well as indoor air quality standards are absent. 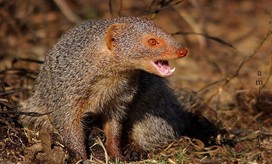 Invasive species have been a challenge for the St. Lucia from as early as the 1300s when the indigenous Amerindians inhabited the island, introducing animals such as dogs, Agoutis, and Southern Opossums. Other unintentional introductions soon followed during the period of European colonization where the House rat, Norway rat and the House mouse were brought in.

The Wildlife Protection Act (1980) is the last major policy to significantly address wildlife management in St. Lucia. The ongoing efforts made by the Forestry Department of the Government of St. Lucia, and the St. Lucia National Trust have been the driving forces behind St. Lucia’s wildlife conservation.

Is Wales any different?

While Wales is recognized as a developed nation, the country indeed experiences the same environmental issues as St. Lucia, with climate change being the most critical issue.

Policy is key to tackling climate change in St. Lucia but what differentiates this small developing island from Wales is the lack of adequate financial resources to implement climate action plans .

Although there is still so much more to be done, Wales is a powerhouse for environmental campaigns. It shows what small countries can achieve when the will and resources are there! This has contributed to several success stories such as a national ban on some single use plastics, the introduction of zero waste shops, an increase in lending and reuse schemes to increase recycling rates, and the recent ban on new incinerators by the Welsh Government.

Other developing islands have already followed the same path in actively fighting for sustainability, such as Tobago and their on-going Zero-Waste to Landfill initiative. We hope Wales continues to set an example for other countries, not only St. Lucia.